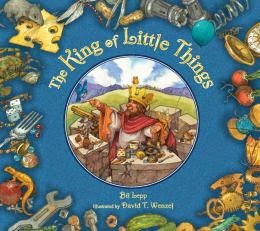 The book is the state's selection for the National Book Festival's "Discover Great Places Through Reading Map." Each state selects one title of fiction or non-fiction, a book about the state or by an author from the state that is a good read for children or young adults. The map is distributed at the Pavilion of the States at the Festival and lists "Great Reads about Great Places."

The King of Little Things, with illustrations by David T. Wenzel, won the 2013 Parents' CHoice Award for picture books. "It's a beautifully written and illustrated book that draws in both young and young adult readers," said Suzy McGinley, Youth Services Consultant for the West Virginia Library Commission. "I'm proud that it will represent West Virginia at the National Book Festival this year."

Bill Lepp, who lives in Charleston, WV with his wife and two children, is an internationally-known storyteller and humorist, a five-time champion of the West Virginia Liars' Contest, and the recipient of the Storytelling Circle of Excellence Award.

The National Book Festival will be held in Washington, DC at the Walter E. Washington Convention Center on Saturday, August 30, 2014. For more information please visit the Library of Congress website.

The West Virginia Center for the Book at the West Virginia Library Commission promotes the importance of books and reading and highlights the state's unique literary heritage, from its earliest storytellers to modern novelists and poets.
Posted by Megan at 3:28 PM No comments:

The West Virginia Center for the Book

cordially invites you to the 2014


Although Letters About Literature honors students, we applaud parents and teachers for the support and encouragement they give to developing writers. Without their contributions and direction, many of the letter writers honored would have remained undiscovered. Thanks to all who participated.

Special thanks to this year’s judges:
Without whose generous contributions of time and thought, this day would not be possible.

Complete details of the awards ceremony are available in the event program.
Posted by Megan at 3:24 PM No comments: 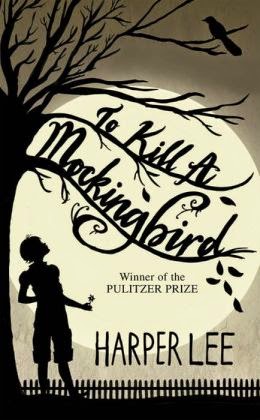 To Kill a Mockingbird by Harper Lee

Lawyer Atticus Finch defends the real mockingbird of Harper Lee's classic, Pulitzer Prize-winning novel—a black man charged with the rape of a white woman. Through the eyes of Atticus's children, Scout and Jem Finch, Harper Lee explores with rich humor and unswerving honesty the irrationality of adult attitudes toward race and class in the Deep South of the 1930's.
More information about Capitol Reads selections can be found on the WVLC website. 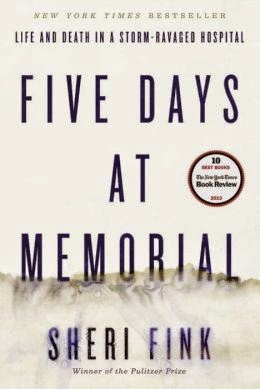 The following titles are now available in the WVLC BDG Collection:

Five Days at Memorial: Life and Death in a Storm-Ravaged Hospital by Sheri Fink.  Fink has won the Pulitzer Prize, the National Magazine Award, and other journalism prizes.  Here she investigates five days at Memorial Medical Center after Hurricane Katrina destroyed its generators to reveal how caregivers were forced to make life-and-death decisions without essential resources.  Have you ever been in a city when a natural disaster brought chaos to all?  What are the ethical and legal standards the medical community uphold in a disaster?  Who is responsible for the tragedy at Memorial Hospital?    This title is guaranteed to lead to a discussion not to be forgotten.  551 pages, hardback.

The Good Lord Bird by James McBride.  The 2013 National Book Award winner. “Mistaken for a girl on account of his curly hair, delicate features, and sackcloth smock, 12-year-old slave Henry Shackleford realizes that his accidental disguise affords him greater safety and decides to remain female. Dubbed "Little Onion" by his liberator, abolitionist John Brown, Henry accompanies the increasingly fanatical Brown on his crusade to end slavery -- a picaresque journey that takes them from Bloody Kansas to Rochester, New York, where they attempt to enlist the support of such notables as Frederick Douglass and Harriet Tubman before embarking on the infamous, ill-fated 1859 raid on Harpers Ferry”. - Description by Gillian Speace.  417 pages, hardback.

The Invention of Wings by Sue Monk Kidd.  Inspired by the true story of nineteenth century abolitionist and suffragist Sarah Grinke. Given a 4.25 rating on goodreads.com; Monk delivers a strong biographical novel which will have you talking about women’s rights, abolition, symbolism and imagery, and the relevancy of historical fiction for readers today. 384 pages, hardback.

Orphan Train by Christina Baker Kline.  A New York Times Bestseller, the narratives of two women, one who was one of the estimated 250,000 orphaned, abandoned, and homeless children placed throughout the United States and Canada during the Orphan Train Movement, from 1854 to 1929  and one, a contemporary 17 year old woman growing up in foster care.  Interview with author, photos, and readers’ guide included in the book.  278 pages, paperback.  See the email below this message – Blogging for a Good Book review on this book.

We Are All Completely Beside Ourselves by Karen Joy Fowler.  “What is the boundary between human and animal beings and what happens when that boundary is blurred are two of many questions raised in Fowler's provocative sixth novel (The Jane Austen Book Club, 2004, etc.), the narration of a young woman grieving over her lost sister, who happens to be a chimpanzee….. Readers will forgive Fowler's occasional didacticism about animal experimentation since Rosemary's voice--vulnerable, angry, shockingly honest--is so compelling and the cast of characters, including Fern, irresistible. A fantastic novel: technically and intellectually complex, while emotionally gripping.” (Kirkus Reviews, March 15, 2013) 308 pages, paperback.

The WVLC BDG Collection can be found on the WVLC catalog.  Follow these instructions for catalog searching:

Place wvlcbdg in the Search box

In the Within box, pull down Subject and click on Search

Each title will be listed, click on the title of choice; inside the title’s record, you can find a summary and read reviews by clicking on the book’s image.

All of the titles ready by book discussion groups can be used by WV Reads 150+ Teams.

A new episode of Library Update is up on YouTube. This is part one of Episode 28, Conferences. Make sure to catch parts 2 and 3 of the episode as well.


The West Virginia Library Commission is committed to promoting, assisting, and supporting high quality library services and information resources to all West Virginia residents. This includes getting relevant information out to library directors, their staff, and patrons through various formats. Currently the Library Commission uses its website, Facebook, Twitter, Pinterest, Blog, e-bulletins and now YouTube to disseminate information.
WVLC plans on bringing you current programs, topics, and trends. This broad spectrum includes partnerships, training, programming, and service. We want this program to be a useful, entertaining resource for you. If you ever have any questions or comments regarding topics on this show, please do not hesitate to call us at 1-800-642-9021.
This program is not intended to act as a calendar of events, but as a vehicle of ideology and practical tips. Specific event information can always be found on our website www.librarycommission.wv.gov and at your local libraries.
The video in this post is the first segment of the episode. Check it out, then view parts 2 and 3. Make sure you subscribe to the West Virginia Library Commission YouTube channel so you don't miss the newest episodes!
Posted by Megan at 10:16 AM No comments:

Choose Privacy Week will take place May 1-7, 2014 and is an ongoing program of the American Library Association.

Choose Privacy Week is an initiative that invites library users into a national conversation about privacy rights in a digital age. The campaign gives libraries the tools they need to educate and engage users, and gives citizens the resources to think critically and make more informed choices about their privacy.

The American Library Association (ALA) has developed a variety of resources to help libraries reach out to their communities. We hope you will explore this site to learn more about what your community can do to spark thought and discussion around privacy issues today. Whether you are considering creating a display, sponsoring a contest, hosting a program or workshop, or moderating a community dialogue about privacy, we have tools that can help!

Wondering where to start? Check out some of our materials for libraries here.


Visit our Events page for examples of Choose Privacy Week programs taking place across the country!