October's Capitol Read is The Stories of Breece D'J Pancake


Breece D'J Pancake cut short a remarkably promising career when he took his own life in 1979 at the age of twenty-six. In 1983 the posthumous publication of this book--a collection of stories that depict, with astonishing power and grace, the world of Pancake's native rural West Virginia--electrified the literary world with a force that still resounds across two decades.

Stories
Trilobites
Hollow
A Room Forever
Fox Hunters
Time and Again
The Mark
The Scrapper
The Honored Dead
The Way It Has to Be
The Salvation of Me
In the Dry
First Day of Winter
Posted by Megan at 9:52 AM No comments: 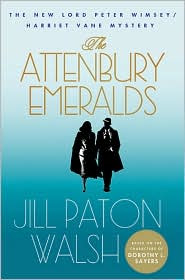 It was 1921 when Lord Peter Wimsey first encountered the Attenbury emeralds. The recovery of the magnificent king-stone in Lord Attenbury's dazzling heirloom collection made headlines-- and launched a shell-shocked young aristocrat on his career as a detective.

Thirty years later, a happily married Lord Peter has just shared the secrets of that mystery with his wife, the detective novelist Harriet Vane, when the new young Lord Attenbury--grandson of Lord Peter's first client-- suddenly seeks his help to prove who owns the gigantic emerald.

As Harriet and Peter contemplate the changes that the war has wrought on English society and their own lives, Jill Paton Walsh brings us a masterful new chapter in the annals of one of the greatest detectives of all time.
Posted by Megan at 9:12 AM No comments: 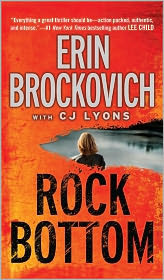 Ten years ago, a pregnant seventeen-year-old, Angela Joy Palladino fled her hometown, Scotia, West Virginia, as a pariah. Over time, AJ succeeded in establishing herself as an environmental activist, dubbed "The People's Champion," only to be forced to retreat from the spotlight in the wake of a crushing media disaster.

When AJ is offered a job with a lawyer who is crusading against mountaintop removal mining, she is torn. As a single mother of a special needs nine-year-old boy, AJ can use any work she can get. But doing so will mean returning to the West Virginia hometown she left in disgrace so long ago.

Upon arriving in Scotia, AJ learns of the sudden death of the lawyer who hired her. Soon after joining forces with his daughter, Elizabeth, threats begin to surface, bodies begin to pile up, and AJ discovers that her own secrets aren't the only ones her mountain hometown has kept buried. Hitting rock bottom, AJ must face the betrayal of those once closest to her and confront the harrowing past she thought she had left behind.
Posted by Megan at 4:25 PM No comments:

The McCreight Lecture in the Humanities

The Revolutionary Origins of the Civil War
Gordon S. Wood

Free and open to the public. Seating is first come, first served.
A book signing and reception will follow the program.

Gordon S. Wood, emeritus professor at Brown University, is one of the most influential historians in America. A preeminent authority on the founding of the United States, Professor Wood will examine the impact of the ideas and ideals of the Revolutionary generation on the American Civil War.

Wood won the Pulitzer Prize for his book The Radicalism of the American Revolution, and the Bancroft Prize for The Creation of the American Republic, 1776-1787. His latest book, The Idea of America: Reflections on the Birth of the United States, was published in May of 2011. In 2010, he received a National Humanities Medal from President Barack Obama.